22 February 2012. South African miners are in the fifth week of a wildcat strike that has paralysed the Rustenburg mine of Impala Platinum, the biggest producer of platinum in the world. The last few days have seen antagonism erupt into increasingly militant action.

The entire workforce was fired in early January after the company had the strike declared illegal, but they are now re-hiring workers on the condition that they forfeit all benefits built-up over their years of work. Things are so explosive there and it doesn't look like there's any way the authorities can diffuse the situation. If the workers extend the initial self-organisation of the strike towards the formation of independent worker's councils and occupy the mines things may easily escalate into a revolutionary general-strike very quickly - as has happened so many times before in the past. The chances of this happening now are, admittedly, rather small, but only marginally smaller than the chances that the miners will realise their demands (see below). Though their very livelihoods are at risk, they continue to stake everything on such slim odds.

In any case, the Impala Platinum and the media at large are keen to portray the strike as a a spectacular power struggle between two competing unions. This has been denied by both supposed rival parties, and a chief executive of Impala Platinum admits that the company has never been approached by the supposed upstart union: "We have no one to negotiate with, and we don't know what the grievances are in the first place... Had this been a normal wage dispute everything would have been settled a long time ago." The clashes between the scabs and remaining strikers has been portrayed as an example of this supposed "inter-union rivalry". The fact that, in addition to this normal response to strike-breakers, the workers occupied the mine sabotaging equipment, buildings and other property, stoned police vehicles and any other vehicle attempting to break the picket lines, and generally went on the rampage in a small riot which left 350 workers arrested, two worker dead, and "roads blocked, cars stoned, shops looted and a small police station torched" (AFP), goes without comment or explanation. The bureaucrats at NUM (National Union of Mineworkers) put it all down to "criminal elements", urging the police to "to make decisive intervention" against the criminally uncontrollable workers. In addition to the events described above, the workers have undertaken the following exemplary actions:

Against the unions (They heckled NUM officials off the stage today when they tried to persuade them back to work);

Against the state (They torched the local cop-shop on Monday);

And against the bosses (They burnt down one of the boardrooms today);

Their rapid escalation of the strike (from 5000 rock-drillers demanding an 18% bonus to the full 17000 strong workforce demanding 100 - 300% wage increases within a few days);

Their use of their free-time for implementing sabotage, barricades and pickets (which took 500 police days to suppress);

And their inspiring determination (already in their 5th week)

-- All of which indicate a level of practical revolutionary consciousness almost unprecedented in this country's recent-history (The obvious predecessor being the 2009 strikes at the same mine, where stones hurled by angry workers blinded the left-eye of the NUM's vice-president as he tried to herd them back into their holes). Their complete rejection of NUM is especially significant considering its close ties to the ruling party (The current Secretary-General of the ANC was formerly Secretary-General of NUM). It's uncertain how long the strikers can hold out -- 8000 have already gone back to work. The strike may end at any moment.

Whatever happens, it's clear that nothing will be resolved. Zwelinzima Vavi, Secretary-General of Cosatu (Congress of South African Trade Unions) promised to investigate "why rock drillers are leading themselves." He also said he had faith that "the situation could be reversed". His is the blind faith of the pig that roots up the vines that would give him food. The seeds of proletarian subversion were underground all along, and are now growing strong. The stupidity of the bosses and the unions are sure to trigger further eruptions in the future. If 2009 was a rehearsal for this year, who knows what this year be the build up to...!

Ooh, interesting stuff.. I found this video from industry types. Its always funny to here bosses bitch about strikes..

Also, I've added a picture and broken the email at the bottom so you don't get loads of spam..

Reports from the Mail & Guardian

Nice article. You repeat yourself here though:

I hope things turn out ok for these workers!

It provides context and practical investigation rather than just quoting the bosses and unions. This simple measure serves to clear up a number of lies that are still being repeated in most other reports on the strike.

Since that article was written the main change has been the progress of the re-hiring process, which has divided the workers and might just serve to end the strike -- only to re-unite them once again in their dissatisfaction underground...

I'm trying to establish contact with the workers in order to gather a better picture of what is really going on and co-ordinate support efforts. An update should be forthcoming soon.

Forget that bloomberg piece, a much better article, published on the same day, is available here

Notice how one of the comentators recommends the government imitating Maggie Thatcher!

Thanks for the updates! Let us know if you do get in contact with any of the workers, I'd be really interested to hear what they have to say. 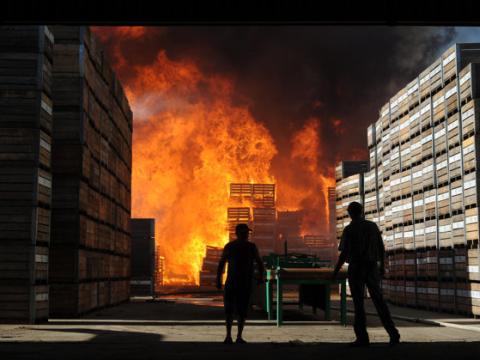 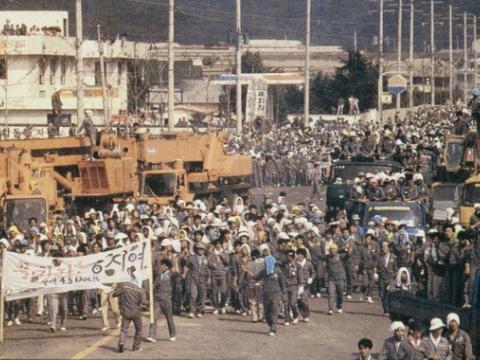