Europe calling: it's just the beginning! from Rome to London

A call from the Italian site uniriot for solidarity and coordination between the emerging European student movements.

…You don’t need a weatherman to know which way the wind blows: occupation of universities everywhere in Europe, blockage of the cities, manif sauvage, rage. This is the answer of a generation to whom they want to cut the future with debts for studying, cuts of welfare state and increasing of tuition fees.

The determination of thousand of students in London, the rage of who assault the Italian Senate house against the austerity and the education cuts, has opened the present time: this is because the future is something to gain that starts when you decide collectively to take risk and to struggle.

The extraordinary struggles that we are living have the capacity to show a present with an intensity that exceed the linearity of the time, that refuse our precarity condition: it is an assault to the future!

What is happening nowadays in Rome first spread out in Athens and Paris, then in Dublin and London: it is the irruption of a movement who speaks a common language, the same young generation in revolt, who inhabits different cities but shares the same determination to struggle, "floating like a butterfly and stinging like a bee".

We have to meet each other and invent a new political grammar against the weakness of the nation-state and their strategy to face the crisis: their recipe is just austerity, cuts and debt.

In Italy we have occupied not only universities, but also blocked motorways and the mobility of the country in order to circulate struggles outside the national borders and coming in Europe and beyond. The circulation of struggles is living within the Book Block and the wild demonstration in London, Paris and Rome.

This autumn we are living a real European student movement, that is various and radical, really heterogeneous. Its common reclaim comes from a protest that is born in the middle of the crisis, and that represents the most courageous answer. It is a struggle composed by different struggles, heterogeneous temporalities that reclaim more scholarships for student and a public university for everyone.

Within the book block a new generation recognized and found itself in the protest. Today in lots of cities the Italian student movement is showing something more than just solidarity: this is because your struggle is our struggle and all around Europe students are against the increasing of fees, the privatisation of the university and the education cuts. You are not alone in the UK: a European event, a new generation does not want to stop. We have the force whom want to change the world and we have the intelligence to do it. It is just the beginning!

We propose to students, researchers, precarious workers and PhD students to build up together an European meeting at the beginning of the 2011, to continue the struggle, to transform this wind into a tempest! 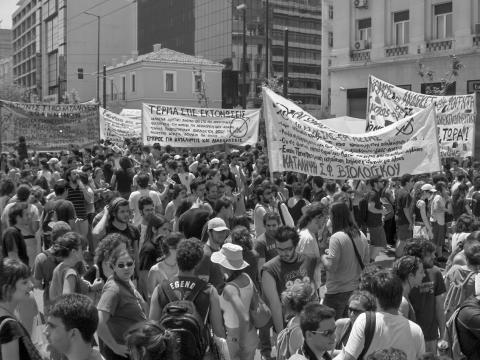 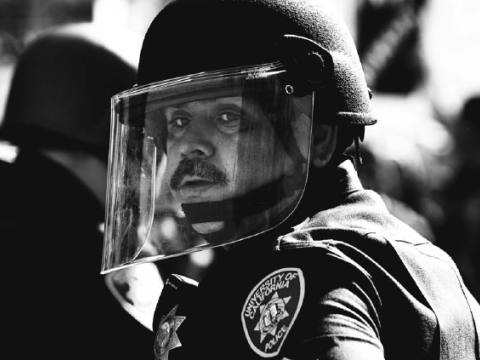 The beatings will continue - Research and Destroy

A short piece on the response of police to the wave of occupations at the University of California in Fall 2009.