A brief look at the decision by over 30 players not to wear the 'Kick it Out Campaign' T-shirt, and the response of the football establishment elite.

In the run up to this weekend’s premier league fixtures the sports pages were filled with stories regarding the black footballer Jason Roberts, and his decision to not wear a ‘Kick it Out Campaign’ shirt, prior to his teams match. Roberts said that:

"I find it hard to wear a T-shirt after what has happened in the last year. I won't wear one. I'm totally committed to kicking racism out of football but when there's a movement I feel represents the issue in the way that speaks for me and my colleagues, then I will happily support it. I think people feel let down by what used to be called 'Let's Kick Racism Out of Football'. People don't feel like they have been strong enough."

He came in for lots of criticism, in particular from Alex Ferguson, who had this to say:

“I have to disagree with Jason Roberts. I think he is making the wrong point. Everyone should be united, with all the players in the country wearing the Kick It Out warm-up tops. I don't know what point he is trying to make. I don't know if he is trying to put himself on a different pedestal from everyone. But he really should be supporting all the rest of the players who are doing it. When you do something, and everyone believes in it, you should all do it together. There shouldn't be sheep wandering off. I think he is making the wrong message. All the players are wearing it. I have only heard that Jason Roberts is different – but he is very different. He plays a game and is in the studio 20 minutes after it. That is a great privilege."

Like everyone else I am aware of the high profile cases recently in which significantly differing punishments were given out to two different players, one of whom managed to get both his legal matters, and FA disciplinary deferred until after the European championships, to enable him to play for the national team. I hope that doesn’t sound too much like a conspiracy theory, but it is certainly how it appeared to me.

Ferguson, the media, and associated hangers-on, claim that the ‘Kick it Out Campaign’ are not to blame for the issues that Roberts raised. Not directly maybe. However, a brief internet trawl shows that the campaign is supported and funded by – the Football Association (FA), the Premier League, and the players union – the Professional Footballers Association (PFA).

So who exactly is responsible then? As it seems that all the key bodies in professional football (who are directly responsible) fund the Kick it Out Campaign as some kind of front group. The campaign is part of a UEFA (European wide) network of similar groups. It seems to me that the campaign is just a token, tick box exercise to give the illusion that changes are being made, and action being taken.

For the campaign to remain credible, all the players have to fall in line and wear the shirts, whether they agree with a token gesture or not.

Jason Roberts was being singled out as the ONLY player who would not be wearing the campaign shirt (although Joleon Lescott has refused since 2007).
However, to my surprise and delight, over thirty players refused to wear the Kick it Out Campaign shirt on Saturday:

Imagine the faces of the FA big-wigs after seeing such a response by the players. And also from Alex Ferguson, who manages a black player who had the audacity to go against his direct wishes to refuse to wear a shirt that gives the illusion that racism is being seriously tackled in football. This uppity black man will be “Dealt with” according to Ferguson.

Former players such as John Barnes are now wading in on the debate. He said that ‘Kick it Out’, have:

“No power to fine or ban people”

Quite right, however, the bodies that fund end ensure the very existence of the campaign do have those powers… So something is not right.

There was a prick on Sky Sports over the weekend, who basically suggested that as players are no longer having banana’s thrown at them (as was the case in his day) that they should “get over it”, and get behind the campaign.

Lord Ouseley, the chairman of the ‘Kick it Out Campaign’ said that he understood the player’s grievances, but that:

“Those grievances can only be addressed if we confront them, not by gestures of not wearing a T-shirt, but I understand why people don't do that”.

I would have had no idea that the players would have been wearing the T-shirts this weekend if I had not known that Jason Roberts was refusing to wear one. So the refusal of Roberts and the other thirty players who refused to tow the establishment line has perhaps drawn more attention to the issues and to the campaign than would have otherwise been generated.

I for one fully support the players who refused to wear the shirt and doff their caps to the privileged handful who run football, and I hope that more follow.

In fairness to Ferguson (makes me sick to say it!), it does look like he's not going after Rio on the T-shirt thing..

It is funny though how loads of the Kick it Out people and supporters look like they can't join the dots to save their lives.. like you say, Kick it Out's funding comes from the FA, the Premier League and the PFA, the same organisations that have dragged their heels over the John Terry case. It's a joke to hear John Barnes saying "they're going after the wrong people".. it's the same people!

Also thought I'd look into why Lescott has refused to wear the Kick it Out shirt since 2007, turns out its to do with how badly the FA dealt with an incident while he was playing at Everton.. so its hardly a new problem.. 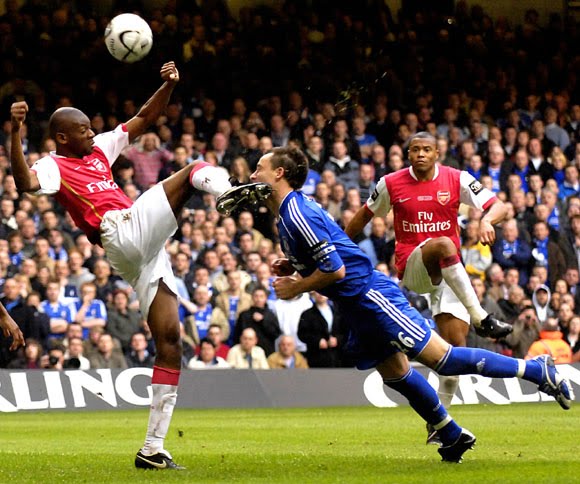 As an Everton fan I remember the Lescott Incident pretty well. It was Emre from Newcastle. Howard, Yobo and Lescott all made statements saying he had used racial language. Howards and Lescotts were slightly different words although very similar... and it appeared that basically a legal technicality won over common sense. Its quite an interesting situation as a club that in the late 70's early 80's was sometimes thought of as a rascist club... and I'm not actually there any at the moment, living in vietnam, but there seems to be a decent level of support for our players that chose not to wear the shirts... even for Anichebe, who is the whipping boy.

Emre got his though, didn't he?
http://www.youtube.com/watch?v=D2ehkVtR2-8&feature=related

I for one fully support the players who refused to wear the shirt and doff their caps to the privileged handful who run football, and I hope that more follow. 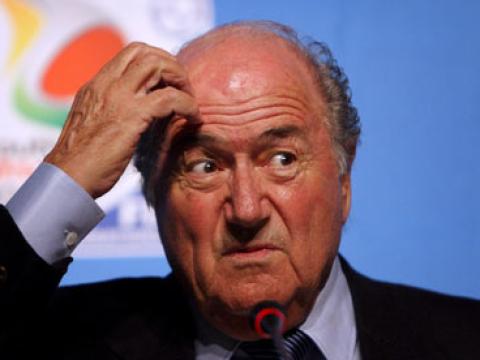 There is no racism in football claims the contemptible Sepp Blatter. He says that if a player…
Image 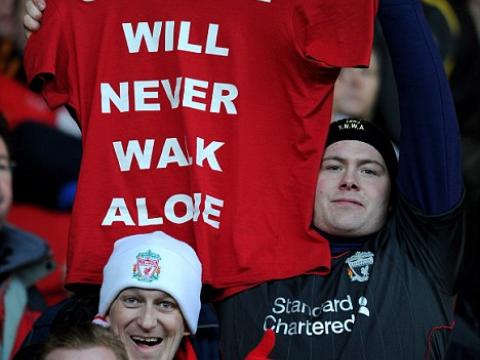 Not quite kicked out: racism in English football

The past few months have been difficult for anti-racist football fans in England. As one instance of racism has followed the other, I've been…
Image 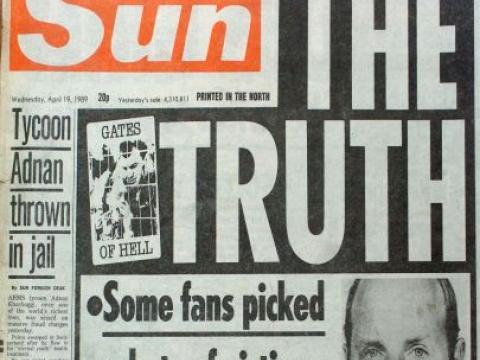 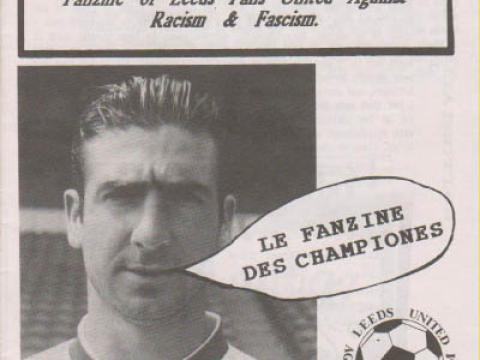