Ten residents of Shipu town were injured in the clash with more than 300 riot police on the 25th of July, the Hong Kong-based Information Center for Human Rights and Democracy said in a faxed statement.

Another resident, Chen, told the Associated Press that thousands of people had been staging a sit-in on the land for nearly a week. They said the protesters accuse local officials of arranging a deal in which villagers were paid far less than market value for their land.

The villagers were apparently leasing the roughly 800-acre (320-hectare) stretch of land to the Changguo Saltern company, which used it for saltworks. The land was recently sold to be developed into a science and technology park, the human rights center said.

Chen and the human rights center said thousands of villagers have staged sit-ins at the salt fields since July 20. At least 3,000 villagers were there Sunday, Chen said.

A man on duty at Changguo confirmed by phone that several thousand villagers blocked a highway Saturday and said several were taken away by police.

The employee, who refused to give his name, said the villagers believed the land was worth three times the price the local government had set — 20,000 yuan (US$2,900) per mu. A mu is a Chinese measure of land equal to about 0.15 acres (0.06 hectares).

"The villagers want the local authorities to address the corruption and the central government to intervene in this case, but some local officials have been preventing this information from getting to the relevant authorities," Chen said.

A county government official said he had not heard about the case and refused to give his name. Calls to the Shipu town government rang unanswered, while a woman at the town's police station said she was not aware of the case.

Protests are common in China over land seizures. Local government officials often confiscate land for infrastructure and housing projects, with little or no compensation. As many migrant workers have recently lost their employment in the cities and return to the countryside, there is more pressure for land than before.

Hey mate, this stuff is great. Thanks for posting!

Did some slight subbing:
you don't need the second tag China, you can just select China from the drop down list.
Switched the protests tag to demonstrations in one article, and occupations and blockades in this one, as they are more descriptive, and we have used these tags a lot.
Finally, the map at the bottom is for tagging whereabouts the news story occurred. So rather than clicking where you are located, try to click as close as possible to where the events in the news story. Then they will show up on our news map:
http://libcom.org/news/map

Keep up the great work!

ah, ok, i wasn't sure what the map was for, i'll go back and change a few on some of my old articles too. i also have difficulty thinking up tags, so cheers for that, i'll try and remember in future.

for the china tag, do you mean the autocomplete one that pops up, or when i select the region (where it has asia, africa etc.)?

(apologies, something went funny on my internet connections and i posted twice)

Yeah, don't use the auto complete one, only use the one where you select the region from the list of countries.

No worries with the tags, it's a huge system and we don't expect anyone else to know exactly what to use. The general rule is only choose one which pops up on auto complete, don't create new tags. 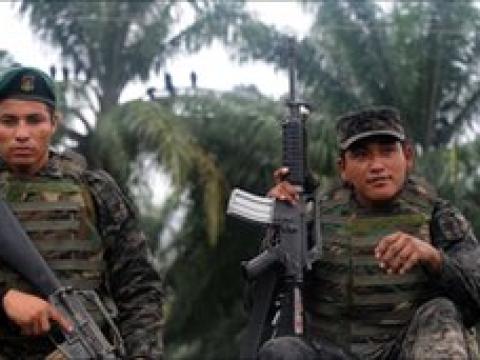 Up to ten thousand Chinese villagers blockaded a warehouse in the village of Sanzhou in the southern province of Guangdong last week, claiming it had been built on land seized illegally by the Chinese government. 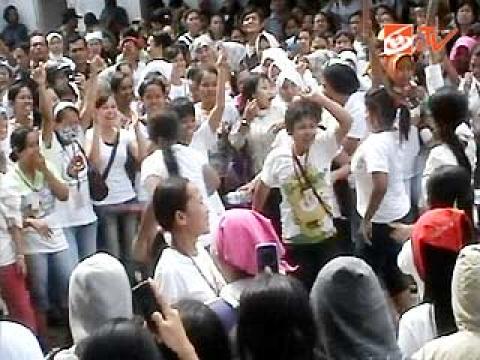