A communist encounter with the anti-authoritarian warrior society

Several decades after the global libertarian communist revolution, a worker-delegate travels to the rewilded former Canada to carry out a humanitarian mandate...

The sound of engines droned in the air. Below, the serried ranks of dirty, ragged people toiling in the organic turnip fields paused in their labour and raised their faces to the sky, their eyes wide with wonder. Such a sound had not been heard in Hippyshit Sustainable Human Settlement for decades. Across the valley, the unmistakeable silhouette of a helicopter could be seen making a beeline for the collection of decrepit huts where the locals dragged themselves off to bed each night after the day's back breaking work was done. A murmur of dull resentment rises from the onlookers. "Syndies"

Worker no. 365759 turned to the pilot. “How much further is it, no. 214119?” he asked, craning his neck to get a better look at the terrain as the sleek, grey flying machine sped over the undulating hills of what, back in the day, had been known as Canada. The landscape was breathtaking. The advent of cold fusion, some decades ago, had drastically reduced the need for land – what with virtually limitless power, multi-storey farms, and no reason to expand production further, huge swathes of land were left to revert to pristine wilderness.

“We're almost at the place,” said the pilot laconically, chewing on the end of a toothpick as he spoke. “Give it another five minutes and you'll be able to see it, over that ridge.”

Worker looked where the pilot had pointed, and saw a broad clearing on the side of the hill they were approaching. If he squinted, he thought he could see a group of people, spaced out at regular intervals along narrow ridges that cut across the stretch of brown earth. For a moment, he wondered what on earth they could be doing – then he remembered. Of course, they were farming... but by hand? Or were those clumsy things they were holding ploughs of some sort?

“Damn primmos,” muttered Worker's fellow passenger, no. 743101. “Why the fuck do they get charity. They choose to live in the dirt they should deal with it.”

Worker shrugged. “It's not like we need any of it,” he said. “It's mostly junk that gets rejected by the planning bureaus, or whatever left in the communal storehouse. And besides, a lot of them don't know any different – there's kids down there that've only heard stories about civilization.”

The Wise Guy of Hippyshit was not pleased. He glared down at the frightened child standing before him, her toy clasped in her grubby fist. Behind her, a crowd of sustainable humans looked on with dissaproval.

“That is not cool, bro,” he said, shaking his finger authoritatively. “You know the rules – we'll have no round wheels in this town.”

The girl looked at the wooden toy in her hands, dejectedly. It was a simple thing, a block of wood with a couple of axles and four, uneven wheels, with a string attached.

“Are you... sure, about this, Bill?” asked one of the sustainable humans, tenatively. “I mean, they look sort of... useful. At any rate, they've got to be better than the triangular ones we're using at the moment...”

The crowd turned to the dissenter, glaring. Bill adopted a pitying tone. “Don't you, like, understand?” He said, stroking his matted, fucking disgusting beard with one hand as he spoke. “Round wheels are like, authoritarian. That's capitalist technology man. The triangular wheel is liberating. Round wheels, like, just exist to conform to capitalist notions of efficiency...” There were nods at assent at this. “If we have round wheels, the next thing you know we'll have schools, prisons, banks...”

He got no further in his exposition of the evils of capitalist technology, as at that moment, with a thunderous roar, the dark shape of a helicopter appeared over the roofs of the village.

“Oh SHIT!” shouted Bill. “It's the Syndies, man! I always knew this day would come! They're back, and they've come to impose their technology on us! Bad vibes, dude!”

The chopper set down in the village square – or the village irregular shape, since straight lines had been out of favour at the time it was constructed. It was made of uneven cobbles that had been worn smooth over the decades by the tramp of exhausted feet out to the fields and back again, day after day after day.

A crowd gathered quickly as the two workers and pilot began to unload. The adults mostly looked suspicious or hostile, but the children seemed fascinated with the novelty of this vast metal thing from the sky. Some began to edge closer to the chopper, dodging their parents attempts to drag them back.

Bill arrived just as the last of the supplies were being unloaded, his face contorted in a scowl of defiance. “Stay back!” he called to the sustainable humans crowding around the machine. “Keep well back, dudes and dudettes! You don't want to like, become a part of the technology and not the other way around!”

Worker looked at the man quizzically. Turning, he pulled out his iPhone, where he had saved a pdf of his mandate from the delegates' council back in Vancouver Municipal Commune.

“People of Hippyshit,” he read, “due to the rampant disease and malnourishment which is apparently causing widespread infant mortality in your community, the workers of VMC have elected to send you this surplus of medical supplies and dietary supplements for the care of pregnant women and children. We understand you perfect right to free association, and to live where and how you choose – however, we feel kind of bad about how many of you seem to be dying of the common cold. As a consequence, please accept this donation as a gesture of goodwill...”

Worker trailed off. The hostility of the crowd had deepened.

“They're trying to spread (impose) their evil Frankenstein technology on us, and they doubtless have few homosexual friends!” cried Bill, gesturing at the helicopter. “Anti-authoritarian warriors, attack!”

With that word, a mass of malnourished, diseased, filthy hippies flung themselves at the workers and began to beat at them with their fists. Cries of "For Hippyshit!" and "Smash the megamachine!" could be heard, as the crowd hurled themselves at the invaders.

“Fuck this shit!” shouted Worker over the din. “Back in the chopper!”

“Right behind you!” shouted the pilot, picking up two particularly gross specimens by their dreadlocks and knocking their heads together.

The three of them fought their way to the helicopter doors, and closed them on the mob outside. “Floor it!” Worker yelled to the pilot. He didn't have to be told twice; the helicopter roared into the air, leaving the crowd of howling primitivists behind.

“On second thoughts,” said worker, wiping primmo blood off onto his jeans, "you were right. Fuck 'em.”

Note: this fan fiction was inspired by billblake, unhinged author of 'Of Martial Traditions & the Art of Rebellion'.

this would be better if BLJ didn't wear sandles, carry a cloth purse, and have a beard, but other than that, a fantastic read, should really be made into a film :)

this would be better if BLJ didn't wear sandles, carry a cloth purse, and have a beard, but other than that, a fantastic read, should really be made into a film

Fortunately, my "real crimes" are of a purely sartorial nature.

Even though I like this, why is it not in libcommunity?

Isn't there another primmo morality story somewhere in the library? One day we might have enough for an anthology.

Even though I like this, why is it not in libcommunity?

Isn't there another primmo morality story somewhere in the library? One day we might have enough for an anthology.

You mean Adventures of Username 2045? A classic of the genre.

Isn't there another primmo morality story somewhere in the library?

yeah I know that one; not as good... BLJ really captures the unadulterated mentalism of bill and his band of merry noble savages.

Yeah but unlike things in libcommunity, you can see your piece on the front page because its in the library?

allybaba; i've unticked the 'show on front page' option so it shouldn't show up there now

Sorry for moaning about something so unimportant. :) thanks though.

this has better politics than all the nihilist communisms and tiqquns in the library put together; i see no reason why it shouldn't be here.

this has better politics than all the nihilist communisms and tiqquns in the library put together; i see no reason why it shouldn't be here.

I think the objection was just about it appearing on the front page, not appearing in the library per se. It's not so much a matter of what its politics are, more the fact that it's basically just a massive in-joke. 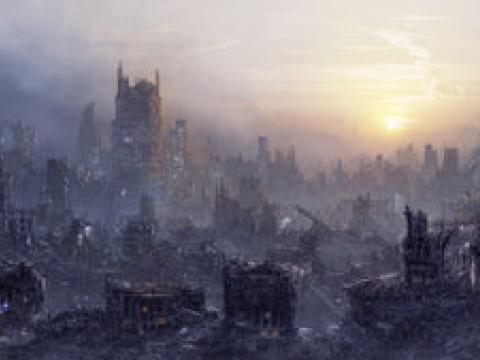 The Adventures of Username 2045 AD 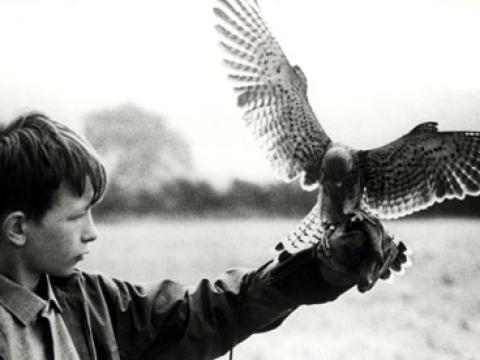 The making of an anarchist - Wayne Foster

Wayne Foster recounts his turbulent early life and how it led to him becoming an anarchist. 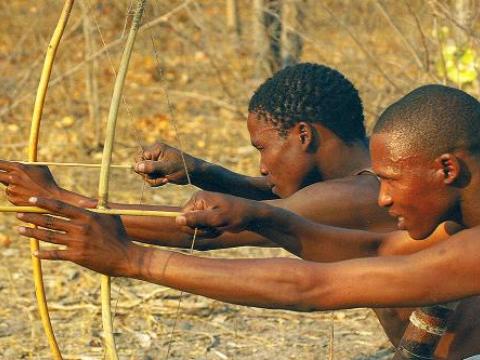 Hunter-gatherers and the mythology of the market - John Gowdy