Richard Porton's book is intended as “an authoritative, alternative account of films featuring anarchist characters arid motives." Porton's attitude to anarchism is refreshing. He defends the anarchist record of "working class self activity" and reports approvingly Victor Serge's comment that “Anarchism swept us away completely because it demanded everything of us and offered everything to us. There was no remote corner of life that it failed to illumine!”

The opening chapters of the book detail the stereotypes of anarchists which "permeate both Hollywood fluff and European art cinema." He launches a stout and amusing defence of the anarchist left, against the notion that anarchism is reducible to "assassination, bomb throwing and violence." Porton notes Robert Baker's film The Siege of Sidney Street (1960) as typical, being a fictionalisation of the 1911 shoot-out between emigre bank robbers and the police. Peter the Painter, the gang's leader, "combines the dissolute bohemianism and impulsive violence that constitute the classic stereotype of the wild anarchist." Sadly attempts by those sympathetic to the anarchist cause to rebut the stereotype have too often provided a gutted version of the politics they claim to espouse. Bo Widerberg's Joe Hill (1971) is one such case. The film creates "a sentimentalised Joe Hill who is more archetypal folk hero than anarchist or libertarian Marxist (and) avoids the more anarchistic components of Hill's life while emphasising his status as a folksy balladeer.”

Lizzie Borden's 1983 film Born In Flames is preferred as an alternative, for its defence of revolutionary violence and its "disdain for social democracy." Porton recommends its ”emphasis on alternative media as a locus of insurrectionary discontent" and claims that "Borden's inventive cinematic style is matched by her resourceful appropriation of... anti-authoritarian currents," As someone who thought Born in Flames flawed (because it reduced its politics to caricature and, with its focus on affinity groups and a futurist anarcho-feminist Women's Army, failed to portray an insurrectionary politics relevant to the here-and-now), I can't share Porton's enthusiasm. Nor do I agree that Ken Loach's 1995 Land and Freedom fails ultimately because it "much too often holds an admirable political stance hostage to wooden dramaturgy." Porton claims that ”Throughout the film, a tenuous attempt can be discerned to contrast the current climate of political despair with the 1930s' arduous, if more optimistic, ideological battles." But it is precisely this attempt to provide a context for an audience coming to the debates around the Spanish Civil War for the first time, that sets Land and Freedom apart from works like Born in Flames or Jean Luc Godard's Tout va Bien. Porton refers to Godard's "anguished reflexivity” but Tout Va Bien oozes pseudo radical complacency, so assured of its formal radicalism that it takes form as an end in itself.

Porton notes favourably the Bakhtinian concept of the work of art as a “cacophony of voices", as a possible means of undermining the notion of authorial supremacy and moving towards a collaborative collectivist approach to film, but the examples he cites betray only the pretence of such cacophony. Loach at least, made genuine efforts to include real voices in his films. Land and Freedom includes a sequence where villagers debate the merits of agrarian collectivisation. Porton quotes Lisa Berger, a researcher on the film, who was responsible for finding ”people who could argue for collectivisation... others who could be opposed and others who could see the point, but weren't really convinced, based on real, lived experience working in the countryside." If Land and Freedom tries to give voice to lived experience in its fictions, Tout Va Bien surely does the opposite in attempting to obscure the authorial voice (Godard's) and passing it off as authentic working class experience.

At the root of this is the question of aesthetics, Porton unfortunately never defines his own political groundings nor entirely comes clean about his own views on cinema and aesthetics. He says a "monolithic anarchist aesthetic must be dismissed as elusive and dubiously essentialist" quoting sympathetically Shelley's Romantic anarchism and concern to "champion the resources of creative immanence." Further, Proudhon, adhered to the notion that "a realist aesthetic represents the zenith of artistic achievement" and Bakunin "had little time for Rimbaudian inwardness and aesthetic formulations."

Porton claims the Situationist International as "profoundly indebted to anarchism", but concedes that Debord's (awful) La Societe du Spectacle (1973) "reveals how his anti-authoritarianism manifested itself in oracular pronouncements that gave this potted version of his treatise a quasi-authoritarian tenor." (One might note also that Debord's "anti-authoritarianism" is called into question as much by the bitter personal infighting that wracked the SI, by his general boorishness and his drunken misogyny, as by his 'art', but the notion that aesthetics and practice ought, for revolutionary anarchists, to have some connection, appears to be one that Porton does not wish to address).

Those anarchists who have engaged with the development of an anarchist aesthetics through film criticism, like Emma Goldman (who attacked movies as the "opium of the masses") or Dwight Macdonald who believed "avant-garde is synonymous with high art", appear to have retreated to the ground occupied also by the likes of Theodor Adorno, cultural elitism disguised as a defence of modernism. Porton concludes only that it is "difficult to say authoritatively what anarchist plots, images and forms are or should be: they are constantly in flux and subject to revision." All well and good. It is certainly the case that an anarchist politics should seek to defend, as Porton puts it elsewhere, "the full range of aesthetic and political options that Stalinism sought to obliterate." As it is, though, this reduces political struggles around 'culture' to a defence of the avant garde. That this leads us nowhere is clear enough from the case of Adorno, who railed against Jazz and saw Beethoven and Mahler as the aesthetic guardians of the age.

'Culture' is, essentially about communication. An anarchist praxis has to consider what is communicated, by whom, to whom, and crucially, who controls the medium of communication. Porton passes up the opportunity to seriously engage with these issues when he examines, somewhat cursorily, the works produced by the CNT following the collectivisation of the film industry. Among those produced were Aurora de Esperenza (1937) - charting the political development of an unemployed worker, Nosotros Somos Asi! (1937) — an anarcho-syndicalist musical comedy, and the record of Durutti's funeral - Entierro de Durutti. Porton tells us that the CNT's films grew out of an "earnest, if sometimes inept, attempt to fuse radical politics with mass entertainment.." Inept they may have been but it's surely the attempt to reach a popular audience with a radical message which Is crucial here. Further, does our commitment to artistic revolution preclude, as it does for MacDonald “any attempt to mediate its results"?

Porton leaves us to conclude that the only options on offer are crude populist nostalgia trips or the tedious elitism embodied in the "creative jests" of Craig Baldwin's 1995 Sonic Outlaws. Because Porton refuses to take a position, the book fails to push any real debate forward, leaving us to conclude that "anything goes". He tells us that he does not propose a "Manichean division between 'retrograde' and 'progressive' styles of film-making” and that he is "chiefly concerned with films that explore and promote anarchist self-activity."

It is here that an otherwise entertaining and well-researched work falls on its face. Either there is no such thing as "anarchist film” except in the widest sense of that "full range of aesthetic and political options", or it is possible to use film to "promote anarchist self-activity" and by implication there ought to be a specific anarchist praxis that engages with this possibility. In the CNT films, the works of Loach and Jim Allen, I would contend such praxis can be glimpsed. In The Condition of Postmodernity (Blackwell 1990) David Harvey considers the films Bladerunner (Ridley Scott) and Wings of Desire (Wim Wenders) He notes that “Postmodern art forms and cultural artefacts by their very nature must self-consciously embrace the problem of image creation, and necessarily turn inwards upon themselves as a result. It then becomes difficult to escape being what is being imaged within the art form itself." It is clear that he fears this may not be an issue simply for what may be loosely termed the 'postmodern'.

What gave rise to such early enthusiasm for cinema as a potentially-liberating medium was the range of possibilities offered by its new techniques of recording motion, of cutting, of montage, and of playing with perspective. The problem, as Raymond Williams dryly noted, is: ”When I was a student it was usual to say that montage and the dialectic were closely-related forms of the same revolutionary movement of thought. To be sure that was before we had seen what looked like the same kind of thing done in a thousand films of every conceivable ideological emphasis. That was a period in which it was still widely supposed that the new was inevitably the radical." (Cinema and Socialism in Politics of Modernity, Verso). The new, then, is not enough. Breaking ground within a medium immersed in the logic of capital is only to take part in the production of the next new thing. An anarchist intervention into cinema then, must surely address this. Harvey contends that the techniques of cinema are such that the very notion of a revolutionary cinema may be unrealisable: "Cinema is after all, the supreme maker and manipulator of images for commercial purposes, and the very act of using it well always entails reducing the complex stories of daily life to a sequence of images upon a depthless screen." The way out of this is perhaps to move away from what Harvey identifies as the "condition in which aesthetics predominate over ethics,"

If the best a revolutionary cinema can achieve is to end the predominance of “aesthetics over ethics" in film-making then the key to an anarchist praxis might be simply in seeking to allow those normally unheard to speak. Williams talks of a return to cinematic naturalism as one way of doing this: "For the central socialist case, in all matters of culture, is that the lives of the great majority of people have been and still are almost wholly disregarded by most arts. It can be important to contest these selective arts within their own terms but our central commitment ought always to be those areas of hitherto silent or fragmented or positively misrepresented experience."

The League of Revolutionary Black Workers worked with the New York Newsreel group in 1970 to produce a film about their politics and their interventions in Detroit - Finally Got the News. Fusing a montage history of American labour with Detroit music and League leaders talking straight to camera, it's probably the best contemporary example of a revolutionary group successfully combining "aesthetics and ethics" in that it allows the politics of the group to be at the forefront without swamping the film as 'film'.

Film and the Anarchist Imagination should be read. It is the first comprehensive survey of anarchism in film. Porton defends ably the anarchist legacy against the distortions of its cinematic portrayals. As a writer, he is lively and informative and his love of film and genuine desire to retrieve a lost history of radical film-making leap from the pages. Porton argues that "In recent years, certain scholars seem to believe that anarchism is a sub-variety of postmodernism, thereby ignoring more than a hundred years of labor agitation and revolutionary struggles". Film and the Anarchist Imagination endeavours to demonstrate how these struggles have been both celebrated and derided by a diverse group of film-makers. 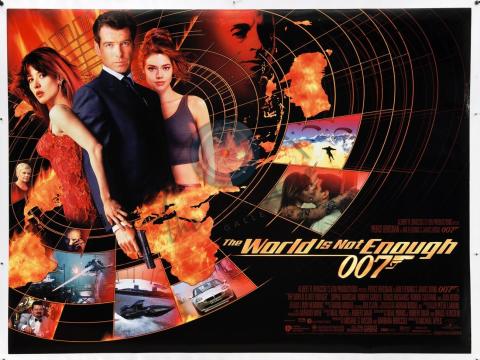 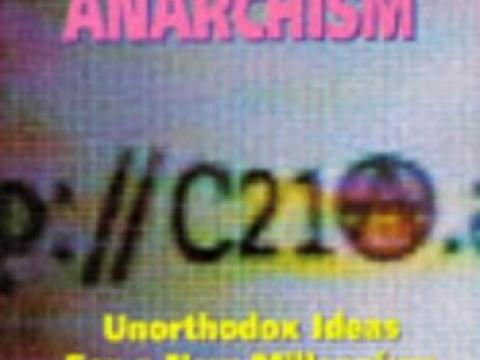 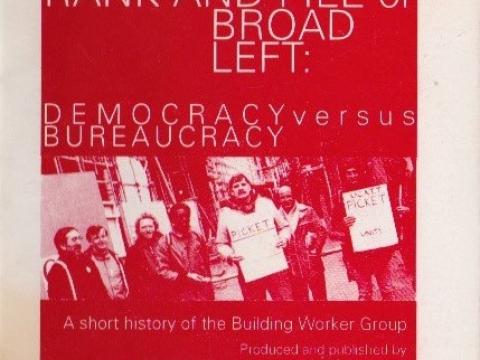 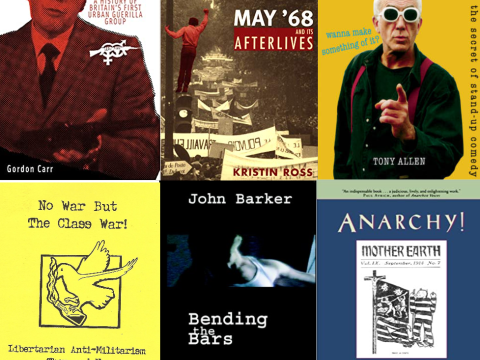