As I was saying to Juan on FB, glad to see this getting exposure. The Vanguard was prolly the most influential periodical in my developing years In the days of do your own thing, non class struggle oriented an anarchism, The Vanguard posed serious questions, commentaries and PoVs from anarchist-communist and anarchosyndicalist perspectives.

Although already more the 40 years after bring published, The Vanguard still had a sharp crispness to it decades later. I suspect it may not catch everyone and it may seem somewhat dry and traditional. But for this then late teenager, it opened my eyes to a world vision which has stated with me ever since. I was also fortunate enough to have met a few of the participants from a workd that had rapidly changed when they were in their youth. Yet a world that was still
In need of liberation. Looking forward to the
Uploads. Thanx for making it happen, Juan

Great that The Vanguard is now online. Very well done.

Finally managed to split the PDF and have been adding issues. I may need some help identifying some of the writers' real names. For example, I know that Sam Weiner was Sam Dolgoff and Abe Coleman was Abe Bluestein, but other pen names I'm unfamiliar with.

It seems I have a full run of this, but not absolutely sure. There are 30 issues in this collection, but there's a gap between Vol. 1, No. 8 (May-June 1933) and Vol.2, No. 1 (March 1935). So either Vanguard was not being published during this time, or the collection I have, which is a reprint from the 1970s did not include these issues.

Also, I'm continuing to have difficulties doing anything with the large, high quality PDF. Almost every time I attempt to split it, my browser crashes. Now, I have a 5 year old netbook, so I'm sure that's part of it, but I went to use the Twin Cities IWW office computers and was having similar problems. The first 3 issues that were posted are the high quality versions, but I'm afraid all subsequent issues are going to be lower quality. These are from the PDF that I compressed. It is still readable, but I usually strive to make the best quality available, so I'm a bit annoyed and frustrated that I'm having problems with this, even though it is still readable.

I just completed uploading these. It took many hours, but the full run of the publication is now online in individual issue format. If you're interested in what American anarchists were saying about the Spanish Civil War, CIO, IWW, National Socialism and other topics of the 1930s, here's where to look.

Little sad to be done with it, as over the last 2 weeks had been reading and learning a lot about the times Vanguard was in and who their writers were.

Maybe with your knowledge now you could write a piece on it, reflecting on the magazine and maybe highlighting some of the more interesting articles.

I think its a great job you did and an effort well worth, giving such a thing back to the movement. Its great that its also in our hands now instead of individuals or state-run archives.

Ed note: These few lines describe what the youthful comrades of the original Vanguard Group set out as their founding perspective in April of 1932. Most of the group members were in their 20s. I believe I recall Dolgoff saying he was the oldest member at age 30. The Group were generally sons and daughters of immigrants or they themselves arrived in America at a young age.

While the language may sound dated, it is anarchist to the core. In time, as the publication matured, so did many of the articles. The Vanguard became a source
for in depth information and theory, written by many renowned militants.

Although the Vanguard Group did not achieve in the development of a movement for the “great historical task of social reconstruction”, it did attempt to initiate a conversation amongst anarchists and syndicalists that through organization and revolutionary ideas anything could be possible.

The tidal wave of the defeat of the Spanish Revolution, the surge in authoritarian communist parties, the rise of centralized and bureaucratic “industrial unionism” and fascism overtook the efforts of a small but heartedly group of revolutionaries.

In the words of The Vanguard Group:

“We are an anarchist-communist group. We are of the opinion that the great struggle for the liberation of the individual from all forms of authority cannot be divorced from the struggle for a socialized economy based on the principles of human solidarity. …

“We call ourselves a Vanguard group. We want to revive here, in America, the great anarchist idea of a revolutionary Vanguard, the anarchist idea of the role and place of an active revolutionary minority in the great mass struggles of today and the near future. The idea of an active revolutionary Vanguard is not a specifically communist idea [Ed note: as meaning Leninist]. The communists distorted it, degraded it to the level of a hierarchical apparatus. We anarchists also believe in the idea of a revolutionary Vanguard, but we do not claim any divine rights to it. We do not claim to be the only true mouthpiece of the dialectical process of historical infallibility; we want to work in free competition with the other groupings and forces struggling for the emancipation of humanity. We want to hold before the genuine and sincere elements of the revolutionary movement of America, the anarchistic idea of such a Vanguard --- an association of free, rebellious spirits, united for a common purpose and a common struggle, embodying in their form of association the principles of a free society….

“We are also a youth group. Not that the mere fact of having a majority of its members made up of young people. We don’t set any age qualifications upon entrance into our group; we even welcome older comrades, with better knowledge of the anarchist fundamentals and a riper experience in the movement. But we do want to orient our work upon American youth mainly. We are of the opinion that the anarchist movement of America has woefully neglected the elementary task of building up a youth movement. Cooped up within the confines of little national colonies, broken up and fragmented into water-tight compartments of national movements, it never rose to the realization of the urgency of the youth movement. It could not think in terms of American life. Its future and the place of the anarchist movement in it. It cut out itself off from the source of all hope in the life of any movement ----- and immediate contact with the younger generation. …”

Yeah, at some point, I would like to write an intro on this page that gives a bit of a biographical sketch of the publication and some of its writers. Not making any promises, but I put it on the list of writing I'd like to get to this summer.

Rather than write an intro or history myself, I decided to just edit the parts about Vanguard from Andrew Cornell's dissertation into a single article, which can be found here: http://libcom.org/library/history-vanguard

Looking back on this, some 8 months later, I have to say, out of everything I've ever put on libcom, I'm proudest to have tracked this down and made it available here. Was just wondering if anyone else has had the chance to read through some of these?

Not that anyone would give a rats ass, but I am appreciative having personally known a number of the participants. Wealth of info 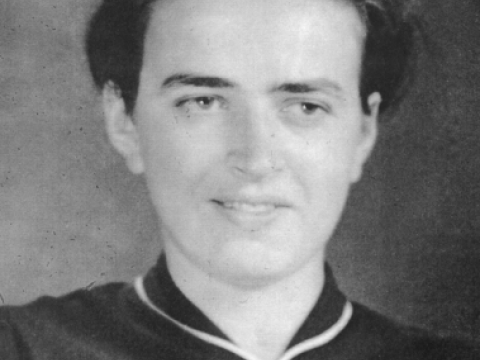 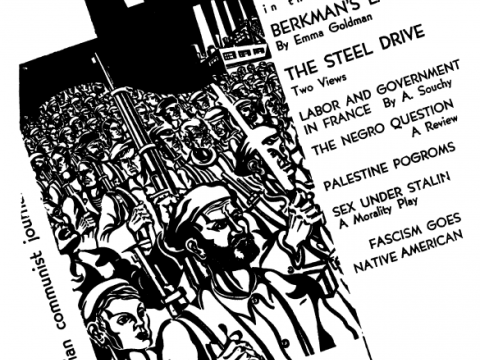 A history by Andrew Cornell of Vanguard, an anarchist journal produced during the 1930s in New York. Taken from Cornell's excellent “For a world… 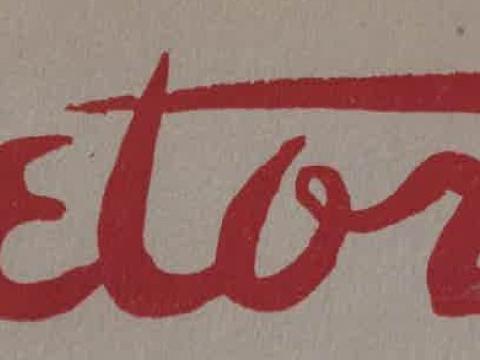 Archive of Retort, an anarchist publication produced out of Bearsville, New York from 1942-1951. 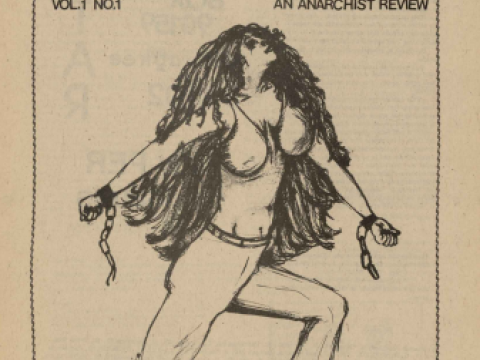 Partial online archive of Black star, a publication of the Social Revolutionary Anarchist Federation in the US published from 1975.